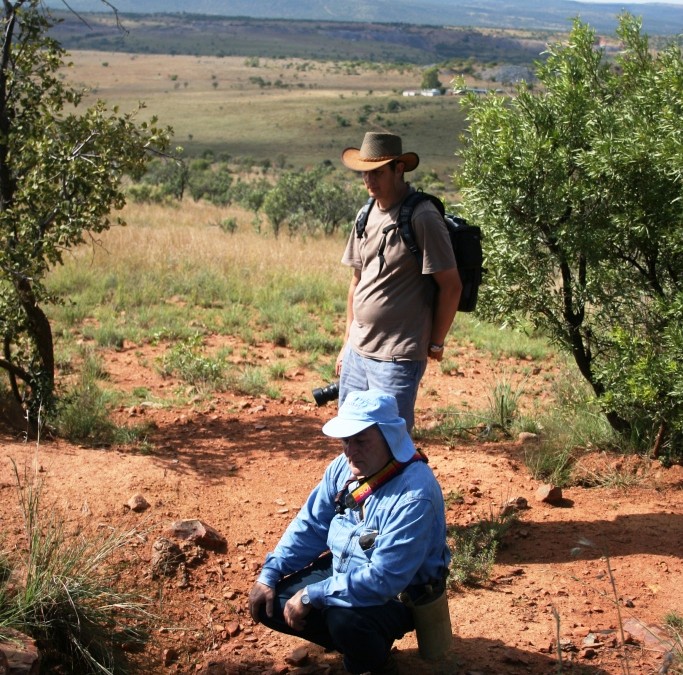 On Saturday 25th. August  2012, six of our club members went to Swartruggens in the Northwest Province on an outreach program. We were all undeniably excited about being somewhere where it is warmer than it has been in Gauteng lately.

In due course, we all arrived at the schools rugby field and proceeded to set up camp and our telescopes, an audience of little inquisitive faces peering from beyond the rails. There were about 180 learners attending together with many parents and educators.

By daylight, tuned to the cacophony of excited voices, we set about teaching youngsters to make moonscopes. Sound reached the heights of an elephants roar when showing them an experiment with mentos and coke, the coke making a sticky waterfall all over the teachers table.

After that, all children filed onto the field in haste, to see the setting sun through a telescope just before the sun sank behind the trees.

Nightfall and many children hopped from one telescope to another, asking questions and enjoying the sights such as the moon, the jewel box, the coal sack. Saturn, Spica and Mars were also clearly visible to the naked eye.

Clouds threatened and ending the noise and shrill laughter together with the stargazing of the evening, leaving the six of us on a bottle and packet strewn rugby field. Tired but satisfied with a job well done.