171 Bartlett Street, Honingklip. (Not far from the Silver Casino).

Any members who have telescopes and who wish to enjoy the excitement of  showing others the night skies, please leave your name and number with Jess so that you can be included in the program.

For those who would like to participate in the International Astronomical Search Collaboration here are the dates and campaigns for the next few months. Note we are not participating  in the Jan 7 – Feb 11 campaign. I’d sincerely like to have a team available for the Pan-STARRS campaign starting on 1 Feb and am ready to run the training workshops immediately. Members from Pretoria and the WRAC are welcome to participate.

Essential tools for participation. A computer, an internet connection and patience.

We have Pan-STARRS searches in Spring 2016 (February 1-March 7,  March 31-May 5).  We can probably accommodate 2 South African teams in each of these campaigns.  We have searches using data from the Astronomical Research Institute (January 7-February 11, February 13-March 19, March 21-April 25, March 21-April 25).  Each of these campaigns can have 2 South African teams.

Features on dwarf planet Ceres that piqued the interest of scientists throughout 2015 stand out in exquisite detail in the latest images from NASA’s Dawn spacecraft, which recently reached its lowest-ever altitude at Ceres.

Kupalo Crater, one of the youngest craters on Ceres, shows off many fascinating attributes at the high image resolution of 120 feet (35 meters) per pixel. The crater has bright material exposed on its rim, which could be salts, and its flat floor likely formed from impact melt and debris. Researchers will be looking closely at whether this material is related to the “bright spots” of Occator Crater. Kupalo, which measures 16 miles (26 kilometers) across and is located at southern mid-latitudes, is named for the Slavic god of vegetation and harvest.

“This crater and its recently-formed deposits will be a prime target of study for the team as Dawn continues to explore Ceres in its final mapping phase,” said Paul Schenk, a Dawn science team member at the Lunar and Planetary Institute, Houston.

Read all about this and see the pictures  by clicking below. Our close neighbour, Mars, is the planet that has our attention. The red planet that resembles Earth in many ways. Though much smaller than Earth, it’s diameter being: 6795km, and a Mars day is approximately 40 minutes longer than ours. Mars axis is tilted at 25 degrees and it has seasons like those we experience. Its’ poles have ice-caps which could be reservoirs of water existing as ice.However, this Earth-like planet was stripped of most of its atmosphere by violent storms on the Sun and space weather turned the climate.

Space probes teach us about what a dramatic world would await us should man one-day get to visit the planet.

The red colour on the surface of Mars is due to oxidised iron minerals in the surface rocks. On Mars we find the  highest volcanic mountain in our solar system, Olympus Mons, and the biggest chasm of 4000km. named Valles Marineris.

Now that is a rusty old world to represent a god of war for the great fighting nations of the past, namely, the Greeks, the Romans and not to forget, the great big reds, warriors called the Vikings! 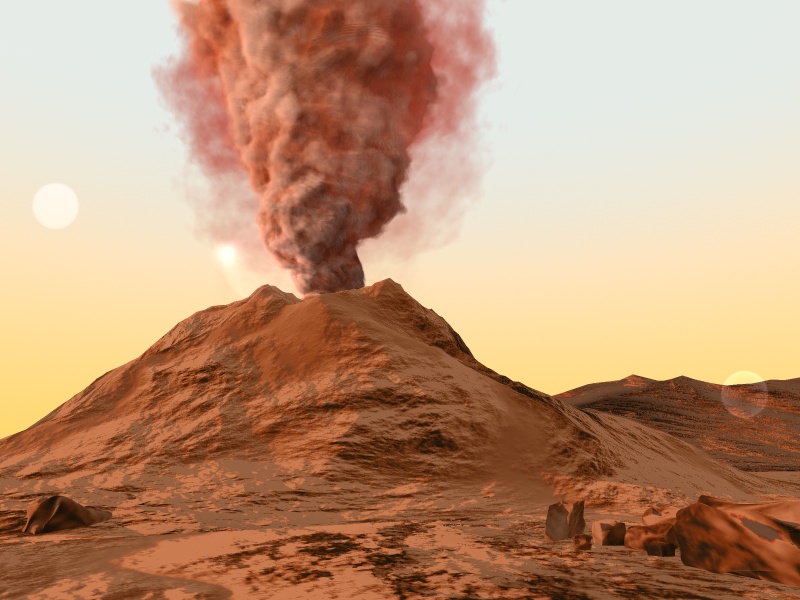 SOMETHING TO THINK ABOUT

Light in the Universe

Space and distance from Earth we measure in light years. We speak of light yet we think of the Universe as being dark. Truth is, there is very much light out in the Universe.

We can count the amount of light by using photons. A photon is a unit of measurement and is the smallest amount of light one can measure, and is counted by the amount of energy that goes into that unit, thus,  a single photon can be very small, be created and destroyed every moment.

Light in space comes from starlight, pulsars, nebulae, supernovae, molecular clouds and even extra galactic background, but, most  light in the universe comes from the cosmic microwave background. This has released more light than every star that has ever burned in 13 billion years!

The CMB, a cosmic background radiation  is the oldest light in the universe.Without it, it would be very difficult to study cosmology.

The CMB is a snapshot of the oldest light in our Universe, imprinted on the sky when the Universe was just 380,000 years old.

Read more about it on: 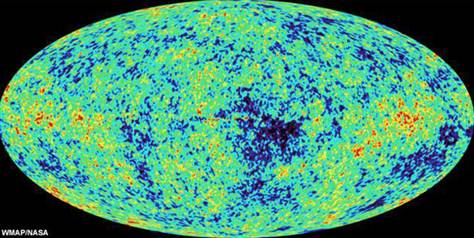 • Never look at the sun without proper protection.

• Looking at the sun through a telescope or binoculars without the necessary equipment or protection Will Blind You.

Mercury: The innermost planet nearest the sun begins the month in the evening sky, shortly after sunset, above the south western horizon. Use the star, Formalhaut, to find the area where the little planet Mercury is.

Venus: Our bright and beautiful “morning star” shines brilliantly in the very early morning sky, as a pre-dawn object in the constellation Virgo.

Mars: is another morning planet, also in constellation Virgo but at a magnitude of +1.4 it is less bright than Venus. Over the next few months it will brighten since it is approaching “opposition”. It will reach it’s closest approach to Earth in May and start moving out again.

Jupiter: Appears as a very bright object in constellation Leo with a magnitude of -2. It rises well before midnight. Using a small telescope like an Astromaster 70AZ or a 6 inch Orion will reveal the bands, the cloud tops and the 4 main moons on either side. Europa, Io, Callisto and Ganymede.

Saturn: With a magnitude of +0.4,is only rising now in the morning sky. Rising about an hour before dawn. Visibility of Saturn should increase by month end.

NGC2024       the Horsehead nebula is also to be found in constellation Orion.

There is also one of the most difficult objects to find, that is M27 the Dumbell Nebula and not least

M57 lies in Lyra, the Ring Nebula. Though it appears small, its very magnificence as a nebula, lies in the clear cut, distinctive outline and the completeness of the ring form.

There are many more beauties of the summer night to search for so out with your telescopes and cellphone apps.! Happy hunting to the wanderes of the sky.

Moonlight is a chaser. A dark sky is important so patch in to see what the moon is doing and schedule your dates and times for meteor sightings.

Comets at this time mostly appear to be visible in the northern hemisphere.
One can check for further details on: cometchasing.skyhound.com
Comets are time capsules from outer space and represent a cloud from material thought to be left overs from the formation of our solar system itself. This cloud of material is known as the Oort Cloud. Occasionally pieces break away and under the influence of gravity, accelerate toward the sun as a comet.
Comet Lovejoy is still travelling toward the sun and is visible only in the northern hemisphere and it is also visible to the unaided eye. The nucleus of Comet Lovejoy is a dirty great iceberg shedding gas into a long ion tail

All your photographs are uploadable on our WRAC website and your photos are memories worth keeping, so share happiness with others. 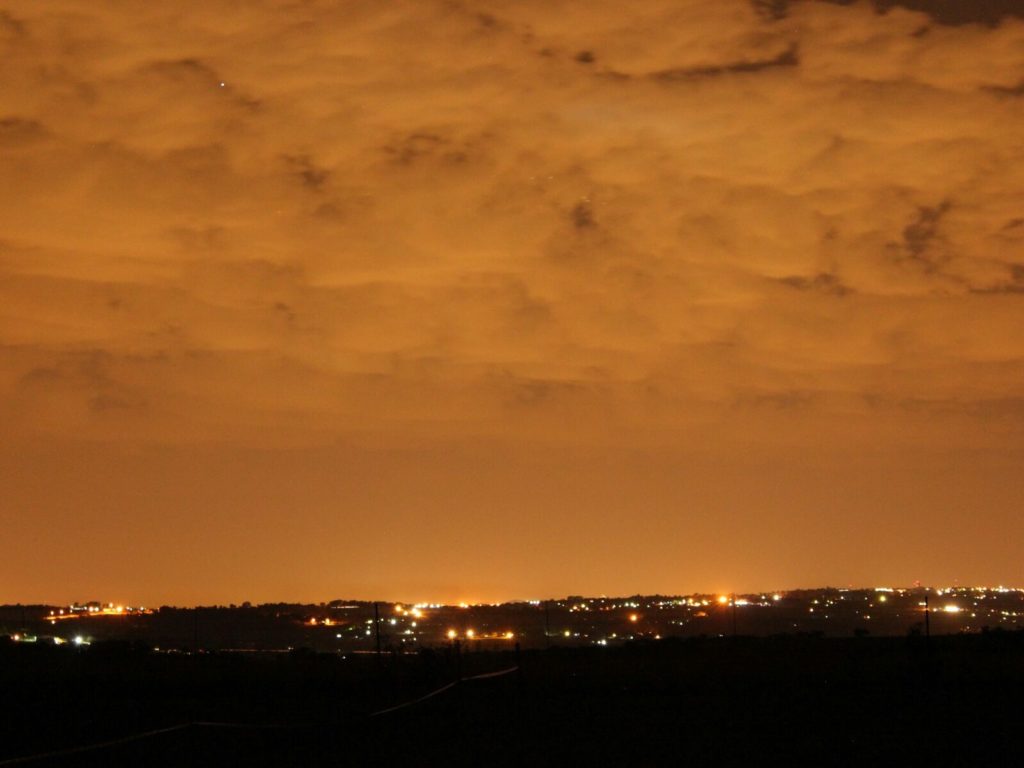 The universe and infinity describes where the diamonds of the night are but time is the most precious jewel for man. ” Time is the inexplicable raw material of everything.” Arnold Bennett.

Summertime, cool nights and stars to all.